On the BUILD conference highlights Microsoft showed new features of windows server 8. one of the new things was clustering DHCP. Now in windows 8 the DHCP clustering is easy to setup and to manage.

When you have your cluster just add the Role and select DHCP server. Just for the Demo I turned off the second node. Just make sure that you have installed the Windows Role DHCP on both nodes. this is not the cluster Role.

We choose a netbios name and a IP that will be used for the Clustered DHCP server.

And We select some storage that hold the DHCP files ( DB ) 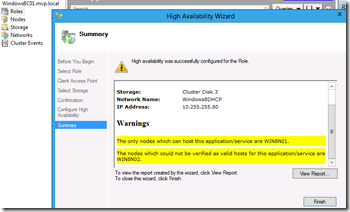 And as I said the Second node is turned off just for the demo to show you the warning the wizard shows you. it is in yellow and says there is only one node. 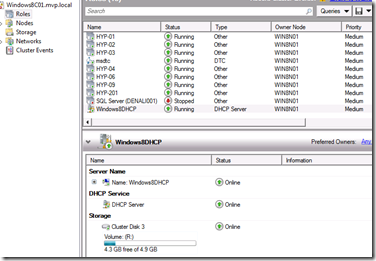 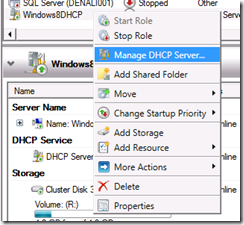 Sample overview of the DHCP server 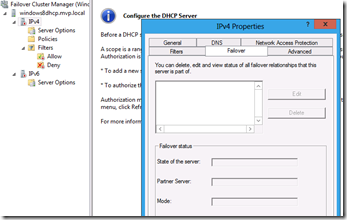 Now that I have turned on the second node I can do a failover. Eh but you did not configure anything on this node Except installing the Windows DHCP role.

Yes but as it is a cluster the configuration moves to the other node.

And I can do manage on both nodes or on a management server open the DHCP scope based on the DHCP netbios name. 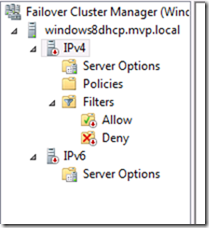 Easy as that and the configuration of all the DHCP scopes are here.