There is a UR 2 Released for The System Center 2012 Stack. And as in UR1 read the Installation instructions not only install the update but also apply the SQL script to the Database.  There is a huge list of fixed in SCVMM but also for the other System center product a lots of fixes and even if you use the Azure Pack you will get a nice list with updates. 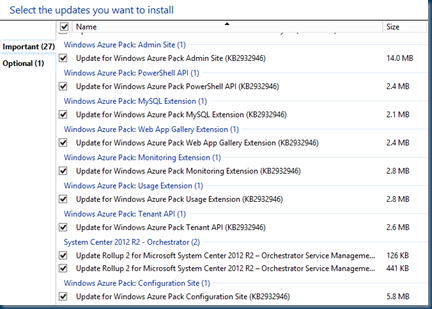 Important After you install the update package, you must apply the following SQL script on your Virtual Machine Manager Microsoft SQL Server database for Update Rollup 2 to function correctly.

To manually download the update packages from Microsoft Update Catalog, go to one of the following download websites, as appropriate: