Archive for the ‘Deployment’ Category

Did You know that the time services can break your Active Directory.

How to configure the Windows Time service against a large time offset http://support.microsoft.com/kb/884776

Configure the Windows Time service on the PDC emulator (http://go.microsoft.com/fwlink/?LinkId=91969)

the end of the floppy disk

finally the end of the floppy disk is here, who needs it any more. So I copied my last million 3,5 disk to my hard disk now I have a million floppy’s on one 1,5 TB disk. Imagen the time that you need to find a file on a million floppy’s

Below are some items about the floppy disk.

The 3.5in floppy disk, once an icon of the computer age, is to be cleared from the shelves of PC World as demand for disks plummets.

In 1998 we were using more than 2bn floppy disks a year – but new technology and the rise of digital photography and music has left the floppy disk almost obsolete.

Apple was the first mass-market computer manufacturer to drop the floppy drive with the release of the iMac in 1998. Five years later Dell removed floppy drives from its best-selling Dell Dimension range.

The first floppy disk – which was 8in – was developed by IBM in the late 1960s to replace tape drives. The disk was invented by David Noble, an engineer for IBM.

Today consumers have a wide choice of storage devices and can also use recordable or rewritable CDs. A USB memory stick can store 1,000 times as much as a floppy disk. 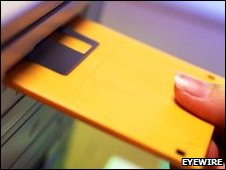 The first floppy disk was introduced in 1971 by IBM

Sony has signalled what could be the final end of the venerable floppy disk.

The electronics giant has said it will stop selling the 30-year-old storage media in Japan from March 2011.

Earlier this year Sony stopped selling the disks in most international markets due to dwindling demand and competition from other storage formats.

The slow death of the "floppy" or "diskette" began in 1998 when Apple decided not to include a floppy drive in its G3 iMac computer.

Since then various other firms have stopped support for floppy disks, including computer giant Dell in 2003.

However, Sony has continued to sell the disks, and continues to ship them in the millions.

Now, the firm – which claims to have produced the first 3.5in (9cm) disks in 1981 – has decided to halt sales completely faced with competition from online storage and portable USB drives.

After You Downloaded the FIX IT Center. Run the Setup 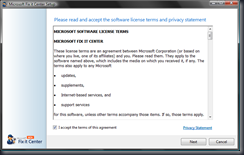 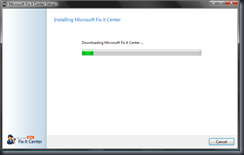 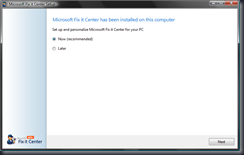 The Setup is easy just press next 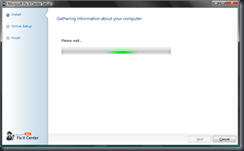 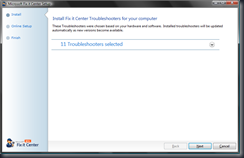 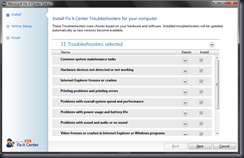 See the components that are available 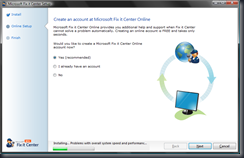 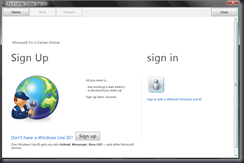 Use your passport to connect 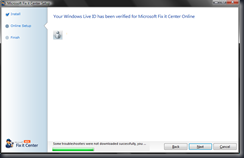 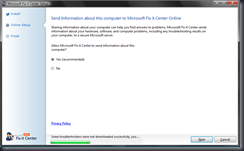 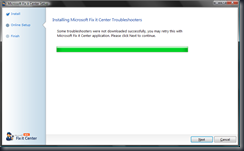 Ready for the first run 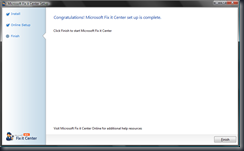 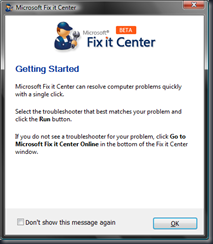 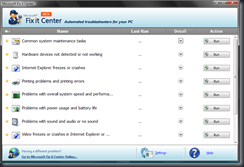 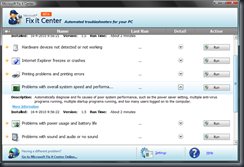 Check my system for errors. 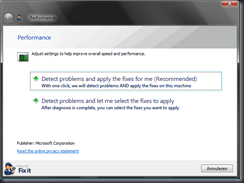 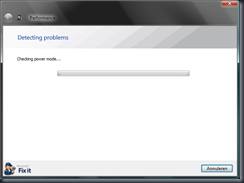 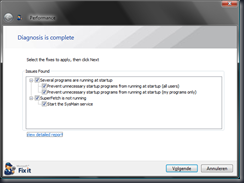 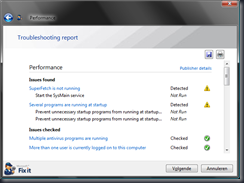 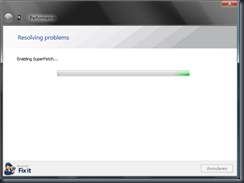 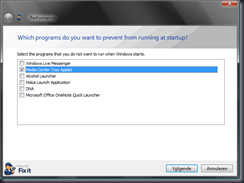 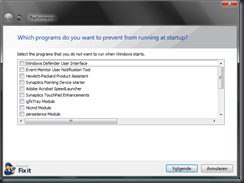 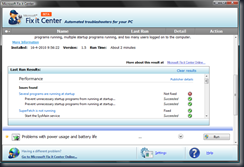 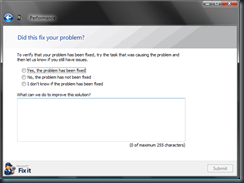 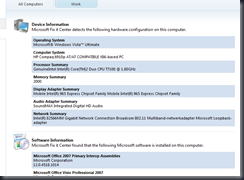 My first opinion this can be handy and fix things, but it would be nice if it checks on updates , or hotfixes and fix my vista black screen problem.

And If Microsoft build a corporate tool for this that you can run on your lan that would be nice, a bit like CER 2.0.