Archive for the ‘Windows XP’ Category

So finally today ends the windows XP version. But will it end or are you ignoring the fact that you are running a OS that is more than 10 years old.

And still you want the latest version of your phone with the latest updates, and your tablet is also running the latest version. But your PC is Old and is holding all your email and bank accounts so no problem if the pc is full of malware or other extra software. 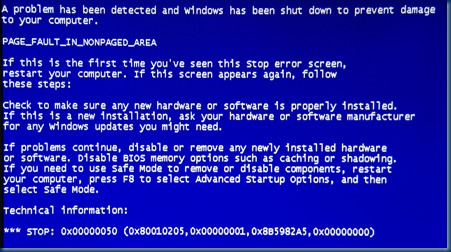 So what to do ?  Should I turn it off or upgrade the machine or push the machine thru a shredder.

Well option 3 is the best choice. There is no upgrade path from Windows XP to Windows 7 or 8 only fresh installs are possible.

Probably your machine is at least 6 years old and there are no drivers for your machine. and the fresh install and patching will take a day.

average engineer will cost 500 euro a day so running a old machine is not the best way.

Buy a new machine directly with windows 8 or after today 8.1 Update 1 http://blogs.windows.com/windows/b/windowsexperience/archive/2014/04/02/windows-8-1-update-important-refinements-to-the-windows-experience.aspx

but this could be fun remember all the software hacks for Windows 95 , open your CD drive of switch the mouse buttons or send a BSOD while you are on line and chatting with me 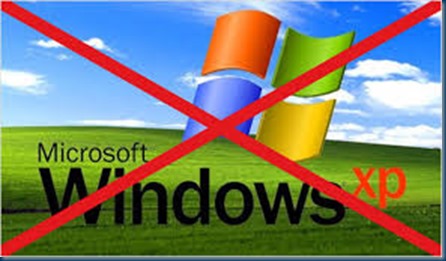 SO buy a new device not for yourself but for me , so that I do not get all the spam from the open internet machine collective.

Thanks for not using XP anymore.

Here is a simplified view of the ten vulnerabilities and their aggregate severity on Internet Explorer 6, 7, and 8:

This table demonstrates what we have been saying about the improved security and protection offered in Internet Explorer 8 and why we continue to encourage customers to upgrade.

Since we announced yesterday that we would be releasing this bulletin out-of-band, we have been asked if it addresses the vulnerability that was used in the “pwn2own” contest at the CanSecWest security conference last week. We are still investigating that issue at this time so we do not have an update available. In accordance with the contest rules, the vulnerabilities used are responsibly disclosed so that the respective vendors can produce updates to protect their customers before the vulnerabilities can be used by criminals. Microsoft continues to encourage responsible disclosure and we are a sponsor of the CanSecWest conference because we believe in working closely with security researchers to protect customers and the entire computing ecosystem.

Our next regularly scheduled bulletin release is Tuesday April 13, so that means we will be conducting another public webcast on April 14. We invite you to attend that webcast and bring any questions you have regarding the April release and we will try to answer them all live on the air. Here is the registration information:

No more second logon in RDP

Bored to get the second logon in every RDP session

Edit the default.rdp in your favorite editor