Archive for the ‘Tools’ Tag

How to Use the Netsh.exe Tool and Command-Line Switches

Netsh.exe is a tool an administrator can use to configure and monitor Windows-based computers at a command prompt. With the Netsh.exe tool, you can direct the context commands you enter to the appropriate helper, and the helper then carries out the command. A helper is a Dynamic Link Library (.dll) file that extends the functionality of the Netsh.exe tool by providing configuration, monitoring, and support for one or more services, utilities, or protocols. The helper may also be used to extend other helpers.

If You want to set your IP on a server or changed it quickly.

On the Set is Set the first DNS server on ADD , add a second DNS server.

Or Do a Wireless connection reset

Play with Netsh If you want to setup a windows 2008R2 Core server you must(better) use Netsh.

Microsoft SharedView is a fast, easy way to share documents and screen views with small groups of friends or coworkers

I used sharedview now from the start and I must say it is great easy to handle. even for old people like granddad’s who are stuck with the computer but you don’t wanna go there to spend your sunday.

You can use shareview 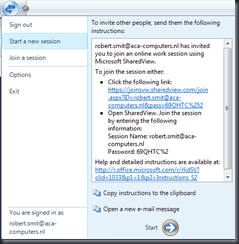 Press start and you are done. 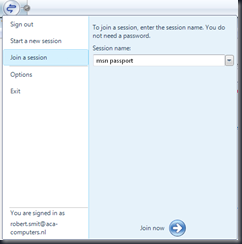 or do an invite 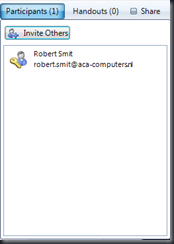 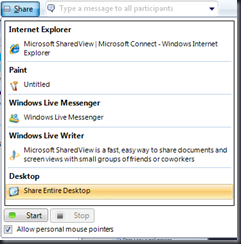 now you can take control on the others desktop to help or just to show a powerpoint or tool demo, anything you want.

Cool stuff and easy to use check it out. It is still beta get it Download SharedView Today